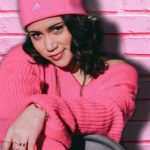 A-iesha Rubidge is a Musical Artist & Songwriter. Born 13 December 1988. Her performance style incorporates R&B, Pop, Hip Hop, House, Old School & Ballads. She released her first Single, Uncharmed in October 2018 which is available on all major streaming platforms. It is an upbeat Pop/House music track, based on real life events, Produced by the Young talented Keenan Allison ft. Adee180 with a fire Rap verse. A-iesha took the Lead Female Vocalist Title for the local Pop band, Ground Level in 2016, performing at News Café, Monte Casino, Poppy’s Melville & More. A-iesha has worked with thriving Artists such as JD Crosson, Remy Reece, Gringo, Khalee Ali, King Jillz, Mortimer Williams, Hayley C, Keenan Allison, Bilo, Belle9, TibiTom, Joshua Julius & More She was the lead Vocalist in the “Step Up A Level” Youth Band in her teens. A-iesha attended COPA music school, majoring in Vocals, in 2007, performed in the Music Thru Time production in June & November 2009 as well as Music Thru Time: In The Neighborhood in November 2019. A-iesha is currently working with a driven, talented array of artists and creatives alike to achieve musical greatness and be seen and heard for who she truly is and what she genuinely stands for. "There's Nothing better than Creating what Does Not, but Will Exist!" - A-iesha

Media FilesFollowersFollowingMedia Likes
We use cookies to ensure that we give you the best experience on our website. If you continue to use this site we will assume that you are happy with it.OkPrivacy policy