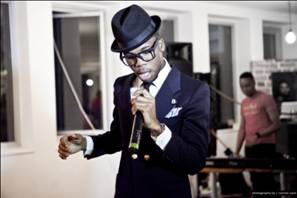 Flex Boogie aims to outdo the competition at Maftown Heights

In a recent interview with HYPE, Hakeem “Flexboogie” Lesolang announced his anticipated comeback in the industry after an hiatus, taking a break from music to focus on fashion in the UK. Armed with a fedora and suit, he aims to bring the heat at Maftown Heights this year.

Growing up in Madidi, in the North West province, he interest in oral narration and story-telling was always apparent. Taking his mother tongue of Setswana, he’s become one of South Africa’s most engaging live acts on stage and equally on wax delivering stellar Motswako lyrics coupled with a beautiful insight into a mind of a growing black creative on the cusp of realising all of his dreams.

Indigenous language for me adds flavor to Hip Hop, some might argue that it limits the rapper in terms of reach but I’ve seen perfectly executed music transcend language barriers and I feel like the mix of languages makes an artist  that much more interesting to his growing fan base.

I just honestly want to entertain people. That’s my life’s calling and Maftown Heights is one of those stages one looks forward to give a statement performance. We’ll see how it gets received but I’ve gotten much better since last year.

Why should people come see you at Maftown Heights this year and what can they expect?

A sartorial gent in a crown fedora [laughs]. Well, if my set is extended like I hope it is, then, I’ll give people one of the liveliest shows I’ve ever given. People can expect greatness from The Lord Boogie.Plain & Simple. We are on the up & up.