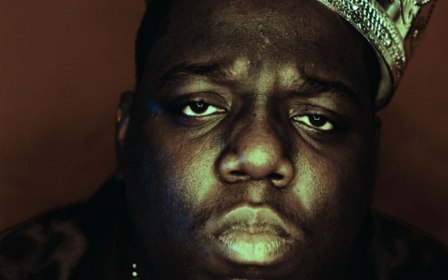 Biggie too criminal to have street named after him?

Biggie’s hometown of Brooklyn, New York, started a petition earlier in the year to name a local street corner after the slain rapper. They wanted to name a particular intersection near his childhood home after him. After getting a huge amount of support there was a recent board meeting to decide the outcome, and it seems board members were not too happy naming the street corner after the rapper, complaining that he was too misogynistic, physically unfit and too criminal. Seriously?

The board had dug out files of is stipulating that he used to slang drugs, dropped out of school, was arrested for various offences and the mere fact that he died a violent death they thought he wasn’t a role model for youth.

I don’t know about y’all, but a man that was able to impact the youth as hard as he did, using music as a tool to express his real life stories (the realities of so many other present youth) deserves the highest accolade. Not to mention that he arose from his circumstances to become a multi-millionaire trying to put his kids through college one day and getting his momma out of the ghetto. Needless to say, the millions of albums he sold throughout the world, not only in Brooklyn, was largely overlooked which depicted his influence on pop culture altogether. Now that’s inspiration. What is questionable then is – who the hell was sitting on that board so blind-sighted? Shame on you!