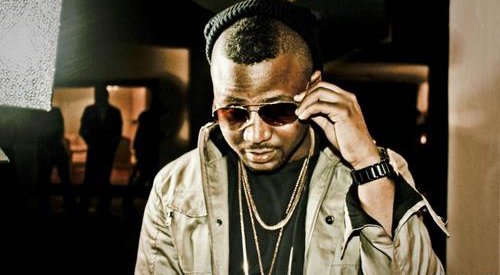 Saying that Cassper Nyovest has been on a steady incline is an understatement. To put things in perspective, the first time most of us saw him was on SABC 1’s Jiga Majiga doing his pantsula thing on the dance floor (for what it’s worth, he won the challenge). Fast forward some years later, he is in London performing to an insane crowd alongside HHP and now, potentially on the cusp of being one of SA’s major artists.

After most recently dropping a collaboration with Riky Rick called ‘Girlfriend’ on Valentine’s Day, Cassper has decided to bless us with his next single ‘Gusheshe Music’. The track features Dirty Paraffin’s Okamlumkoolkat and is a clever indigenous spin on Rick Ross’ ‘Maybach Music’ series.  He’s been teasing us with joint for some time now, not releasing it on any medium but doing spontaneous performances at shows all around Johannesburg including Maftown Heights and Kitcheners in Braamfontein (he also got the opportunity to perform it for Kid Cudi and King Chip while they were in the country in February, who thought it was just the dopest). Nyvest has said of the song: “Gusheshe is going to be the biggest hip-hop record of the year.”

Today you get your turn. Download the track here and let us know what you think: