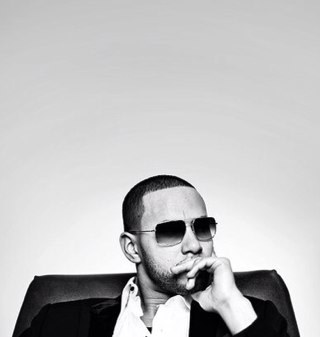 PUTT’N THE X IN DIRECTOR

How many times have you seen a cool a** music video revealing the name “Director X” at some point at the end? Just who is this Director X and just what makes him so different from the rest? Thank Hip-Hop for giving us the powers of revealing the most secret of secret identities and as we all know Hip-Hop is Truth…

It all began in 1975, when Julien Christian Lutz, aka Little X, X or Director X, was born. Born and raised in Toronto, the Canadian music video director has already been credited as the protégé of Hype Williams, who is a famous director that has directed videos for the likes of 2 pac, notorious B.I.G, Aaliyah and Left Eye (just to mention a few). X has been praised for his high budget and high quality visuals in music videos for popular joints that we have mostly been exposed to and artists such as Usher, Kanye West, R. Kelly, Drake and Jay Z have all been victims of the X factor (yeah I said it..)

Currently represented by DNA – David Naylor and Associates, Director X is considered to have a unique personal style in his works as the X trademark is tweaking the letterbox format (in the videos themselves); instead of just using black bars on the top and bottom of the frame to frame the image and many videos by X actually feature the bars opening vertically to reveal the video along with closing vertically at the end (kinda like a letter box).

Music videos done for joints like Drakes “HYFR” and 2 Chainz “No Lie”, really showcase the amount of HYPE that the joints receive just from getting that little X factor, while creating that envious feeling one gets when watching the videos on screen and ending up saying, “it’s just cool as f***!”

And just to top it all off, X has experience in filmmaking and owns his very own fashion clothing line called X fit. It always seems to be a treat when watching music videos directed by X and nobody’s complaining.

Since the days of Aaliyah, Director X is still doing his thing as if he only just began and he deserves the rep for making Hip-Hop look more appealing to the haters. Proving to be different from the rest, may his X factor continue to hit our screens and make us shout out “it’s just cool as f***!”.