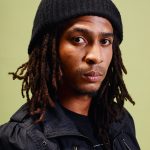 G-Wizz, The Slayer emerged in 2013 with a series of online tracks that hinted at the very unique style he came to develop, one that blended elements of cloud rap, emo rap & trap influenced by OFWGKTA, Lil Wayne, Denzel Curry & A$ap Rocky. Born Cameron Allen Ralph Stander in 1995 and raised in Knysna, South Africa, G-Wizz, The Slayer was still a teenager when his rap career started. Inspired by 06-08 Lil Wayne and Tyler, The Creator and the whole OFWGKTA movement he was motivated to pursue his dream of becoming a rapper.