After dropping off his Cortez Kenny III and Cortez Kenny IV “House Shoe” last year, Kendrick Lamar is rumored to be working on another collaboration with Nike. Now according to sneaker insiders PY_RATES, Kendrick is reportedly designing his version of the React Element 55 runner sneak. Rumors are also stating that the shoe will feature a multi-toned grey upper dressed with black accents and detailing similar to the Cortez Kenny releases. No official release notes just yet though 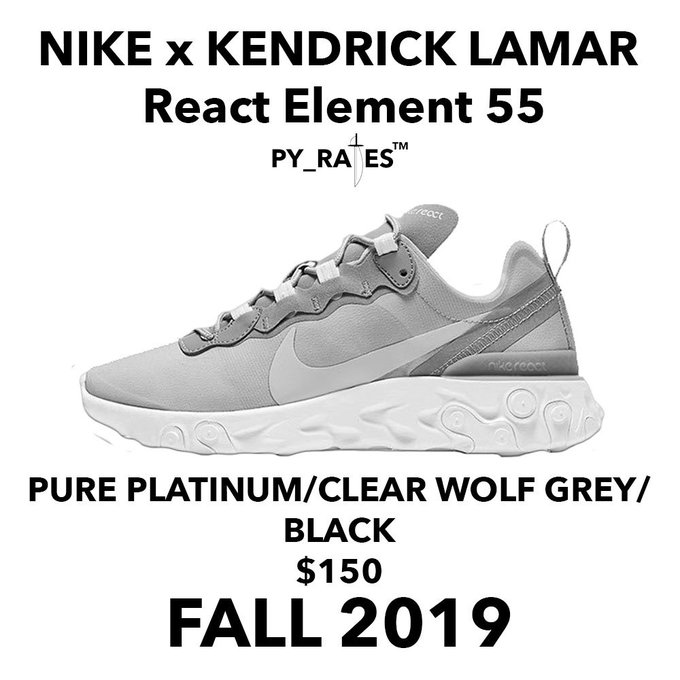