Adult Swim‘s cult followed Rick and Morty show is coming back after co-creator Justin Roiland took to Twitter to confirm that the beloved cartoon has been renewed for 70 episodes, which is over twice the amount of episodes aired to date. Dan Harmon, the other half of the creative duo, also broke the news by posting a video of himself and Roiland showering together to Instagram. No air date has been announced for the fourth season ye though but 2019 might be the year. 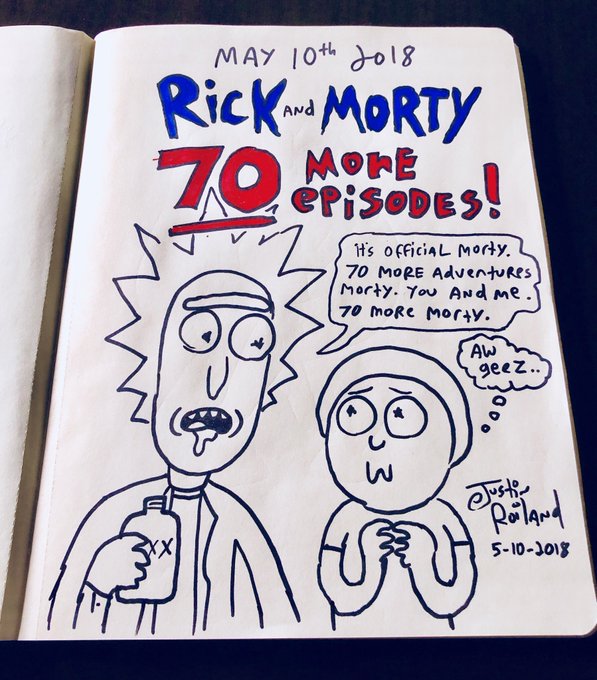