Although the Black Panther album was not technically a Kendrick Lamar album, Kendrick’s influence on it is still highly appreciated. Kendrick Lamar is listed as a performer on 5 of the 14 tracks, and credited as a songwriter on each and every one plus he also makes some uncredited appearances as a vocalist throughout the album. Now in a message on Twitter, he’s made sure to show some love & respect to all artists that were involved in the sound which included the likes of Sjava, Saudi, Yugen Blakrok, Babes Wodumo and more. What do you think of the album? 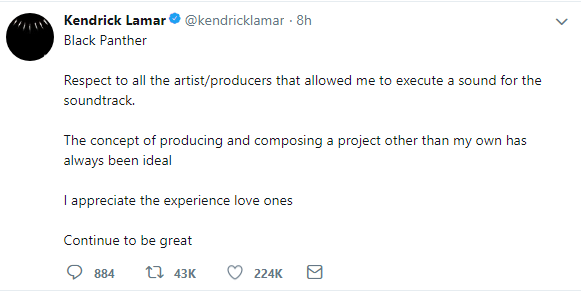