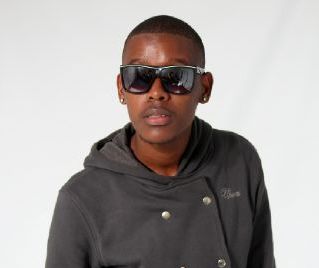 The Hip Hop scene seems to be booming with raw talent in Durban and as always HYPE is here to tell you all about it. Journalist Nthabie, met up with Cebolenkosi Minange, also known as Lacostaration. Born in September 1990 in the famous township of Umlazi, Cebo matriculated in 2008 at Rossburgh High School and enrolled for an International Cooking Diploma at Capsicum Culinary School. A qualified chef, he’s now set his sights on becoming a big hip hop artist. His innovative rapping style revolves around raw vernac raps with smooth elements to it, but easy to the ear and relates with all age groups. Lacostaration is a hard independent worker or rather a hustler as we like to call it in the streets. Currently running his own record label called Ration Records which he plans to stay under until bigger opportunities present themselves, we caught up with the chef/rapper on his future plans.

How do you shift from being a qualified chef to entering the music industry?

I got into hip hop around 2005 through my uncle who usually played tapes  by Eminem, Dr Dre, Xzibit and 2 Pac. By the age of 15 started I started writing my own lyrics and I later joined a group called M.B.A which consisted of 3 members including me.  In 2008 the group decided to part ways and that’s when my solo career started. I went to studio and released an E.P titled?? in the same which has 8 songs featuring the likes of Zakwe, Dilla, TCee and Simphiwe Mlambo, and it sold over 600 units within the first 4 months.

You started your solo career in 2008. What was the influence behind going solo and how would you describe your style of music?

GP Gangsta, Xzibit, Chester, Ghetto Son, Eminem, J Cole and Coldplay would have to be some of the artists that influenced my solo career. I’m originally from Durban and I must say I have an exceptional gift for language and as a result my songs are filled with a great deal of puns, punch lines and educational messages and my songs have a story behind them.

Your first full-length mixtape in 2010 titled “DA ANTI-WHACK TAPE” did exceptionally well. Tell us more about it.

We managed to sell 1500 copies excluding the 500 copies that were given out for free at events sponsored by Abaphumeleli 702 cc. The tape featured the likes of Rez Proph, 4051, Zakwe, Ng, K Method, TCee, Rajah, Merel, Bantu Education and Ngqondongqondo (Da Nombika).

Your latest album was launched in May this year. Tell us about the album, who you worked with and how the launching of the album is going so far.

The album is actually my first studio LP titled, AS I ENTER, which has 18 tracks. “Brand new me” is one of the singles from the album, where I featured one of the best Durban vocalists, Cphiwe Hadebe. The song is about a person who has been living life in the fast lane and who has taken the decision to turn back on that life. Therefore the song tells his story and it also encourages those who are leading a similar life to change. It is a smooth radio friendly song compromising of kasi feel lyrics with a touch of R&B elements. The single is already getting recognition since it has been played on the radio interviews I’ve done and I’ve also performed it on Etv.  I have worked with well-known and experienced artists and producers on the album. On the production side of things I worked with Ma-C-ya, Kay Masta (who is also producing for Zakwe), Saspekt, Select Play, Kali beats One-nder and the Malawian producer Gemini. I’ve featured the likes of Duncan,  Ma-B (Driemanskap), Rajah, Nana Atta, Skye Wanda, Cphiwe Hadebe, TCee, MG, K Method Pinkie and Zion KaMkhono Vilakazi (Poet).

You’ve received many accolades so far. Tell us more about that.

In 2010 I got 2 nominations at the OMAZ (Original Material Awards) for two different categories, Rocky of the year and E.P of the year. My album AS I ENTER was nominated for Best LP/Album and Durban City nominated as best single in 2013. I have been featured on newspaper articles with  eThekwini Times, Star Addition and Isolezwe and I also have online magazine features with Fashion EK Magazine, HeavyWords, The SA mark, Phresh Magazine and Durban University of Technology’s blog and I can now add HYPE Magazine to the list. I was the brand ambassador of Fat Boy Clothing. I have been on Shiz Niz (E-TV) twice for the mixtape competition, and for an interview and performance. I’ve also done radio interviews with  Ukhozi FM, Gagasi 99.5FM ,Vuma 103 FM, Jozi FM, Alex FM, Inanda FM, Durban Youth Radio, Imbokodo FM and Vibe FM.

You own your own record label, you are a qualified chef. What other hidden talents should our readers and your fans know about?

I’m not only gifted in writing my own material or rapping but I can design and direct and also film music videos. I design my own posters, song promos, mix tapes and album art. I also direct my own music videos under Ration Films which is part of Ration Records.

How has the experience of performing been and where are you planning to perform and are there any special features we should know about?

I believe I have gathered a number of fans who are into Zulu rap. Fans have described me as a fun and energetic performer, and as one of the best story tellers in South African Hip Hop. Outside of my performances I’m a free spirited person who loves laughing. I also believe I’m one of the most influential artists and I set trends – “I don’t follow them”. I have performed at a number of areas including, Johannesburg as a guest artist at the Dirty All Star by GP Gangstas and also as a guest artist at Ohza Water Launch. I’ve performed back home at Emzinto, Enkandla, Maphumulo, Port Shepston, Escourt and all around Durban. I also performed at two shows for the 2010 FIFA World Cup at fan parks. A few of my tracks were also part of soundtracks for 4 Durban local movies, such as Umlazi Gangsta 4, Umuzi Wezinkinga, Khathazile & Gigitheka. To date I have been featured on iKasi iKhayalami Tour with Duncan, Zakwe and Champ. We have traveled around the province visiting places such as Durban, Pietermaritzburg, Port Shepstone, Hammarsdale, Richards Bay and Stanger.

What does the future hold for Lacostaration?

Every upcoming artist dreams of hitting the mainstream and making it big. I have been in the music scene for a while and I believe I know the pros and cons of being signed, and as a result I’m choosing to wait for the right company to sign to. I will push my album until it reaches a number of people. Getting the LP in stores and selling big is my ultimate goal and fortunately it’s selling on iTunes and on eight other online stores distributed by Africori , a company from London. A few of my future plans would be to build my brand name, work with established musicians, make good music that will cater for all age groups and host one of the biggest hip hop radio shows. I’m also looking forward to being nominated and winning awards, getting many more radio & TV interviews, going on tour and big events as a form of reward and satisfaction for the hard work, time and energy invested to my debut LP “AS I ENTER”.