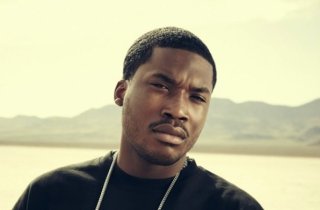 NO EARLY RELEASE FOR MEEK MILL

Things are not looking good for Meek Mill. Following his arrest earlier this month, it seems he’ll remain in jail until at least September. It’s been reported that one of MMG’s lawyers, Christopher Warren, doesn’t understand why Meek was arrested in the first place, which is why he requested an emergency hearing of the matter – but to no avail as it was rejected by the judge who’s handling the case.

“All I’m asking for is a hearing to learn why his jailing is constitutional and they won’t even give me that,” Meek’s lawyer said. Planning to take the matter to a higher court, they intend on demanding that the judge in the matter hold an emergency hearing for the rapper.

Meek was arrested weeks ago because he posed with a gun in a photo on social media and was sentenced to three to six months in jail.

Another publicity stunt to help his upcoming album – or a case of social media gone wrong?