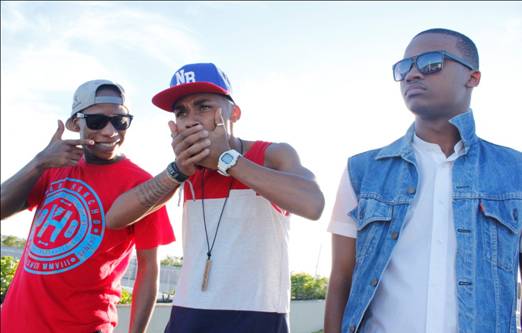 Ok, so it ain’t his real chic, who by the way he’s marrying soon.  Pharrell Williams recently announced the release of his debut album, G  I  R  L, which will officially drop on Monday, 3 March on iTunes and hit stores by 10 March. This comes off his Oscar nomination for the track ‘Happy’.

“When Columbia Records presented me with the opportunity to make an album, three things came to mind,” says Pharrell. “One was the sense of overwhelming honor that I felt when I realised that they were interested in partnering with me on the album that I had always dreamt of making. Two, it would have to feel festive and urgent. And three, I instantly knew it would be called ‘G  I  R  L’. I hope you like it.”

The night before the album drops, Williams – and possibly his hat – will take to the stage at the 86th Annual Academy Awards to perform ‘Happy’. The song first featured on the soundtrack to the movie Despicable Me 2 and is currently #1 on the iTunes’ Songs chart in the U.S. And to talk digital, it’s already sold more than 2,3 million downloads globally. How many rappers these days do that with an entire album? The song also entered the history books as the highest-charting Oscar-nominated song in more than a decade.

With seven Grammy’s in total, can he claim an Oscar? After the whole Macklemore VS rap showdown at the Grammy’s we hope that homeboy got that Oscar in the bag. That’ll be really sweet, not to mention well-deserved.