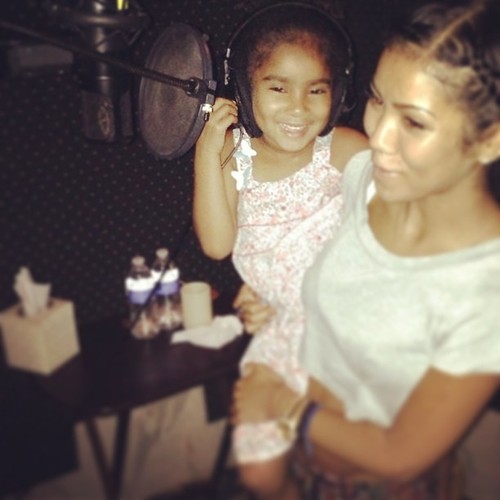 Getting to know the soulful Jhene Aiko

If you’re a Drake fan, or simply one of those people who suffer from FOMO [Fear of Missing Out], chances are you downloaded the Nothing Was The Same Leak this week and shed a few Thug Tears to these lyrics.  And if you didn’t, I’m fairly certain you wanted to.

The Lady crooning these heart wrenching words goes by the name of Jhene Aiko, and if the name doesn’t sound familiar, you’ve been slacking on your music game lately.

In the past few months Jhene has been featured on Wale’s The Gifted on a track called “Cool Off”,  J Cole’s “Sparks will Fly” off the Born Sinner Deluxe Edition and Big Sean’s “Beware” off Hall of Fame, the video for which dropped a few weeks ago. Her collaboration with Drake, although not the first, has thrust her into the spotlight, and right now, everyone wants to know who the moody siren is.

“I don’t take any offense to people not wanting to return the favor. I did the songs [with Wale, Sean, Cole] because I liked everything and I would want them to want to do a song of mine. Nowadays, No I.D. told me, ‘You can stand on your own’ and I agree with him. At the end of the day, if I just take an extra week to write a hot 16, I can do it.”

Sail Out will apparently have a heavy rap influence and will feature a few bars from Aiko’s alter ego J Hennessy.